Having spent the last six weeks in the States, it's a trip to be back and see things here in Tokyo with fresh (if jet-lagged and cranky) eyes. Yesterday Terry and I took the boys to a public pool I read about called Aqua Field in Shiba Koen. What a great place! Big and clean and well run (of course), and pleasant and manageable despite being crowded. In fact the place was teeming with men, young and old, in little Speedos and snug boy-short style suits (tee hee). Relatively few women (maybe it's a gay guy hangout?), and most of them were with their little ones, and so sequestered by the kiddie pool (which was nice, with its little plastic slide, but too babyish for our 7- and almost-9-year-olds).

At the main pool, an Olympic size with no deep end (4 ft. all across as far as I could tell) and lap lanes along one side, the lifeguards were diligent and on-task (unlike the spacey teens "in charge" at my parents' American country club-- I almost bought my own whistle), but here the behavior in and around the pool was so mild, they seemed to get little action, aside from policing the use of sunscreen and shades. You can't wear either if you plan to go swimming. Not sure why it was so objectionable for me to wear my sunglasses while standing around in chest-high water, ordering the kids to get off me, but signs posted in both Japanese and English did reveal that in the case of the former, sunblock and tanning lotion was prohibited "in order to keep the water clean." Just as Terry finished slathering SPF 30 on his head and shoulders, a staff member politely asked him to go shower off. Which was no big deal, as there are showers conveniently located in the little passageway between the locker room and pool deck, triggered by motion sensors (when it comes to the shower-before-entering policy, as with all rules, nobody is exempt). And the sun wasn't really that strong, after all. (But still!)

In any case I loved that the surface of the pool's edge was smooth yet non-slippery plastic; you can totally sit there without worrying about snagging the threads of your suit. And the areas where you walk around are covered in a more textured material that did not hurt my feet like those dreadfully hard slatted mats other places use.

It's a shame this pool, which opens daily at 9 am, closes at 5 pm. Otherwise I would bring the boys after school this week and next, until the place shuts for the season on Sept 15.

Check it out while you still can: address is 2-7-2 Shiba Koen, Minato-ku. Oh and there's an unobstructed view of the Tokyo Tower from the pool deck. It's nearby, so it looms large.
Posted by Maryanne at 8:00 AM 1 comment: 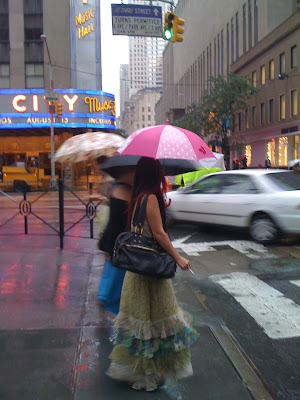 Eastern Japan has been hit by a third strong earthquake in less than a week, prompting speculation that the recent underground activity may be the precursor to a massive - and overdue - tremor in the Tokai region.

The earthquake had a magnitude of 6.5 and originated 40 km below the surface of the sea off Hachijo Island, south of Tokyo. The tremor on Tuesday morning, in which a woman was killed when a bookcase collapsed on her and 110 people were injured, was a short way to the west.

The earthquake, also measuring 6.5, was the largest in Shizuoka Prefecture since 1944 and forced the emergency shut-down of two nuclear reactors, caused a 60 cm tsunami to hit local beaches and damaged road and rail links.

But officials of the Japan Meteorological Agency said the tremors are not indicators of the quake that the region has been bracing itself for over the last 20 years.

Major movements in the crust of the Earth have occurred in the Tokai region, close to the major city of Nagoya, on average every 110 years. The last one with a magnitude of 8 was 155 years ago.

Researchers now put the likelihood of a serious earthquake - one that could cause around 6,000 deaths, 20,000 serious injuries and damage to 1 million buildings - within the next 30 years as high as 87 per cent.

"Old records show that there have been a series of gigantic quakes in this area," said Yohei Hasegawa, a spokesman for the agency's Earthquake and Tsunami Observation Division.

"In some cases, we know there are precursors and we hope that the early-warning system that was introduced in October 2007 will be able to give local people up to 20 seconds to prepare," he said.

Made up of a series of sensitive strain meters, seismographs and tilt meters, the warning system failed to issue a warning for any of the recent quakes because the energy emitted by a precursor wave was too small to be picked up, Hasegawa said.

"The quake on Tuesday was 6.5 and while in other countries that might be considered quite big, it was not so serious here in Japan," he said.

"If we could detect the precursors of smaller earthquakes, that would be ideal, but I don't think it's practical at the moment," he said. "This is a very difficult science and I have never heard of a researcher claiming to be able to detect a precursor to such a small earthquake."

Meanwhile, the government has been forced to downplay the failure of its early-warning alarm system, which did not detect Tuesday's quake. 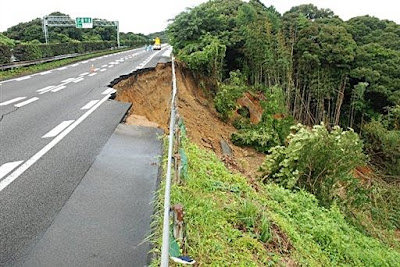 A collapsed section of the Tomei Expressway in
Makinohara, on August 11 (Photo: AFP)
Another strong quake strikes disaster-hit Japan

The Japanese meteorological agency did not issue a tsunami warning, and no immediate damage was reported.

An earthquake of magnitude 6.4 struck central Japan on Tuesday, damaging nearly 5,200 buildings and a section of the arterial road linking Tokyo with the western city of Osaka.

Construction workers for Central Nippon Expressway Co., which operates the Tomei Expressway, scrambled to repair the section damaged in a landslide before the weekend, a major summer holiday break in Japan.

But the company said it will take at least until Saturday before the highway will fully reopen.

Around 20 percent of the world's most powerful earthquakes strike Japan, which is located at the intersection of several tectonic plates.

Tokyo Metro: We'd prefer if you got loaded and fell over at the beach 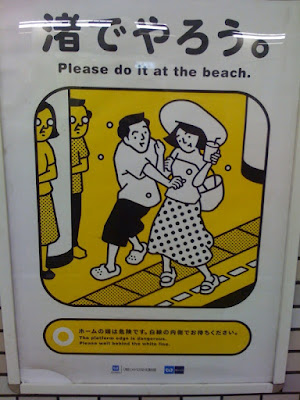 Terry, who's still in Tokyo, emailed this to me today, along with my snappy headline
Posted by Maryanne at 11:26 AM No comments:

So we went to the Met today to see Hokusai's big wave (see below) and...it's not up. It's not on tour either. It's just...put away. Spoke with someone in the department (the info desk lady was kind enough to let me use the in-house phone -- Japanese art is at ext. 3838) and the nice lady who answered confirmed its absence from the floor, and then said she didn't know when it would be on display again, that all she could tell me was that they have a large collection, and that only part of it is exhibited at any given time, and that they rotate pieces every 3-4 months. I can just "keep calling" to ask if it's up before scheduling my next visit.

Disappointed!
Posted by Maryanne at 11:18 AM No comments: