Spent some time by myself at the Kyu-Shiba-rikyu garden one morning this week. It is one of two feudal era clan gardens that remain in Edo (modern-day Tokyo). After it was destroyed by an earthquake in 1923, the land was given to the city and the garden was rebuilt within a few months, and in June 1979 it was given landmark status.

As it is winter, many of the pine trees are wearing neck braces-- straw cuffs tied around their trunks. I asked one of the park staff about it and we didn't entirely understand each other, but what I could gather was that the straw provides a place for certain bugs to nest, so they don't burrow into the tree itself. Come spring the straw is removed and burned before the larvae can hatch and do damage. Some of the trees were strung up with straw rope as well, which the staffer said was done for decoration but also to support the branches in case of heavy snow. She told me to come back in the spring, when the garden's cherry blossom trees, azaleas and wisteria trellis would all be in bloom.

I walked the stone pathway around the pond and snapped some photos. 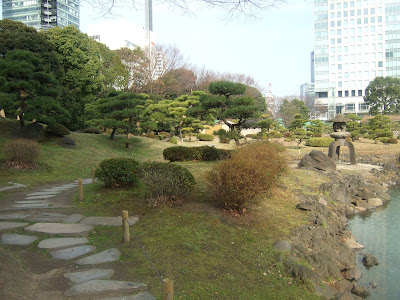 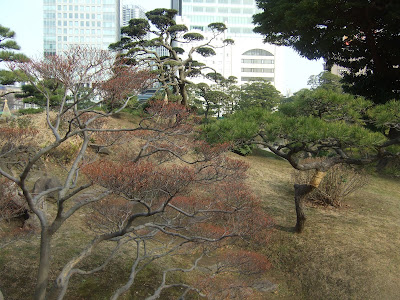 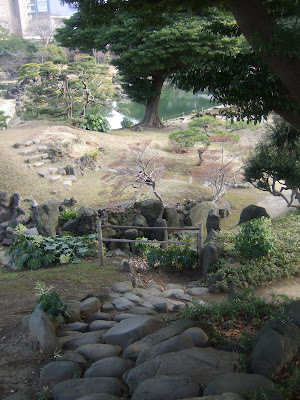 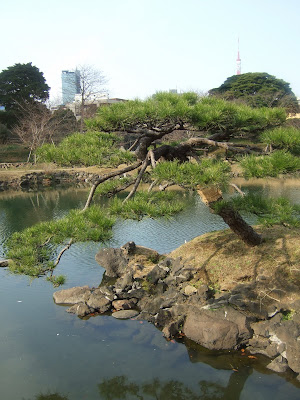 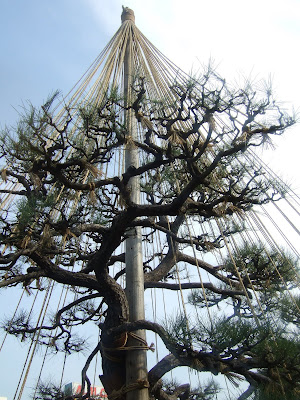 you will have a career in photography when you come back as well! gorgeous.

MaryAnne...Iva has a point. Are there any books for "expats with kids" moving to Tokyo (and environs)? you should think about a book that acts as its own guide to parks, playgrounds, food, shopping, uniforms for school....all those things that have taken your time. I can see IBM anbd all the big foreign companies buying them.